There's so much to see and do around Champany.

Linlithgow Palace was the birthplace of Mary, Queen of Scots and the start of her story. A great place to visit with views over historic Linlithgow, the Peel and the loch. Linlithgow's ancient seaport, Blackness is a charming village with Blackness Castle at its heart. Reputedly built as a "flagship" for the navy, it has performed many roles over the years including as a barracks and a prison. Most recently it has played a starring role in the new TV series Outlander. 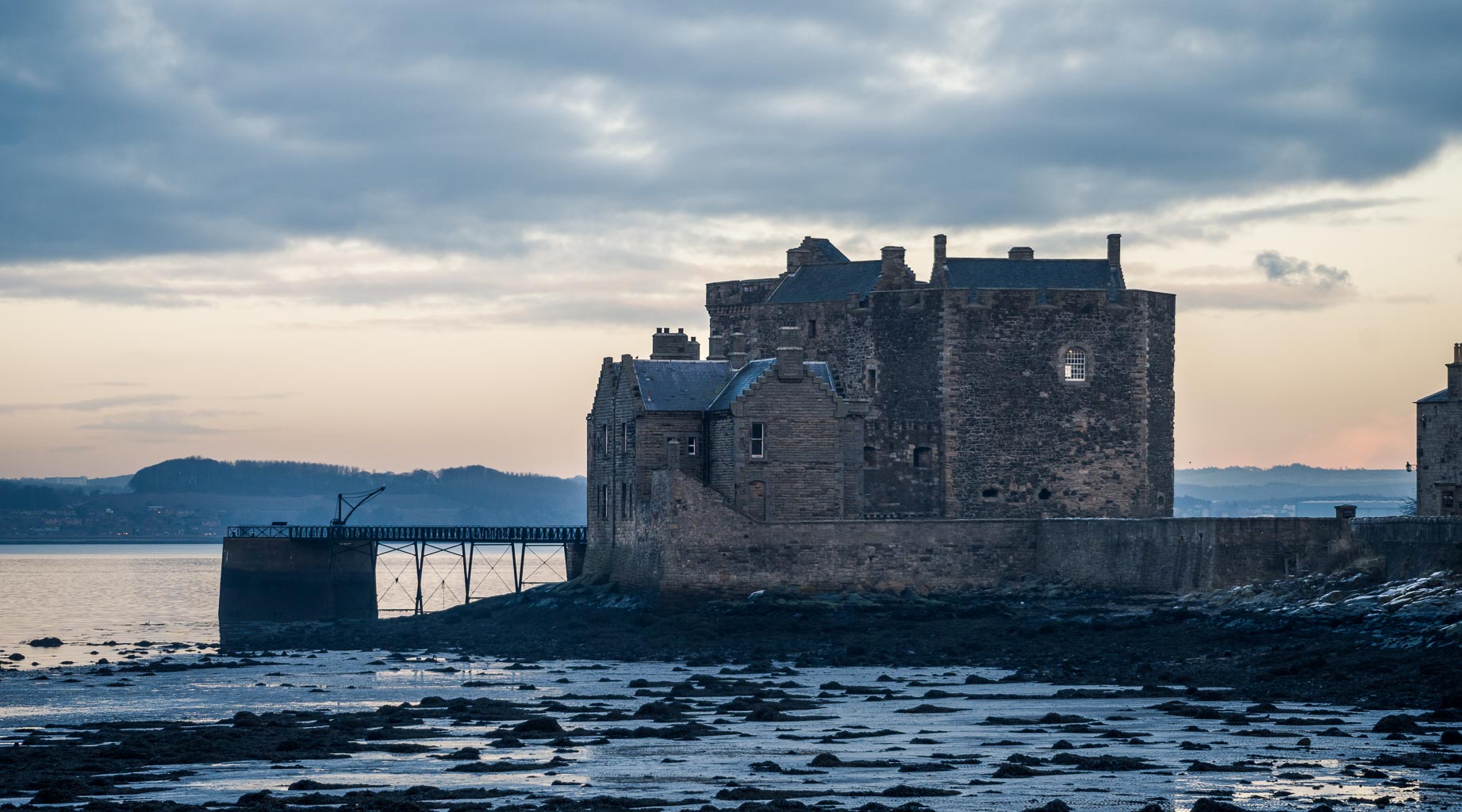 On the banks of the Forth

Travel across the Forth Bridge to Dalgety Bay and visit St. Bridget's Kirk a charming small church dating from 1170. The views over the River Forth and Forth Bridges are spectacular. A short distance inland lies Aberdour Castle a particularly elegant castle with a fully intact doocot. Be sure not to leave before finding the painted ceiling which dates from the 1600s. 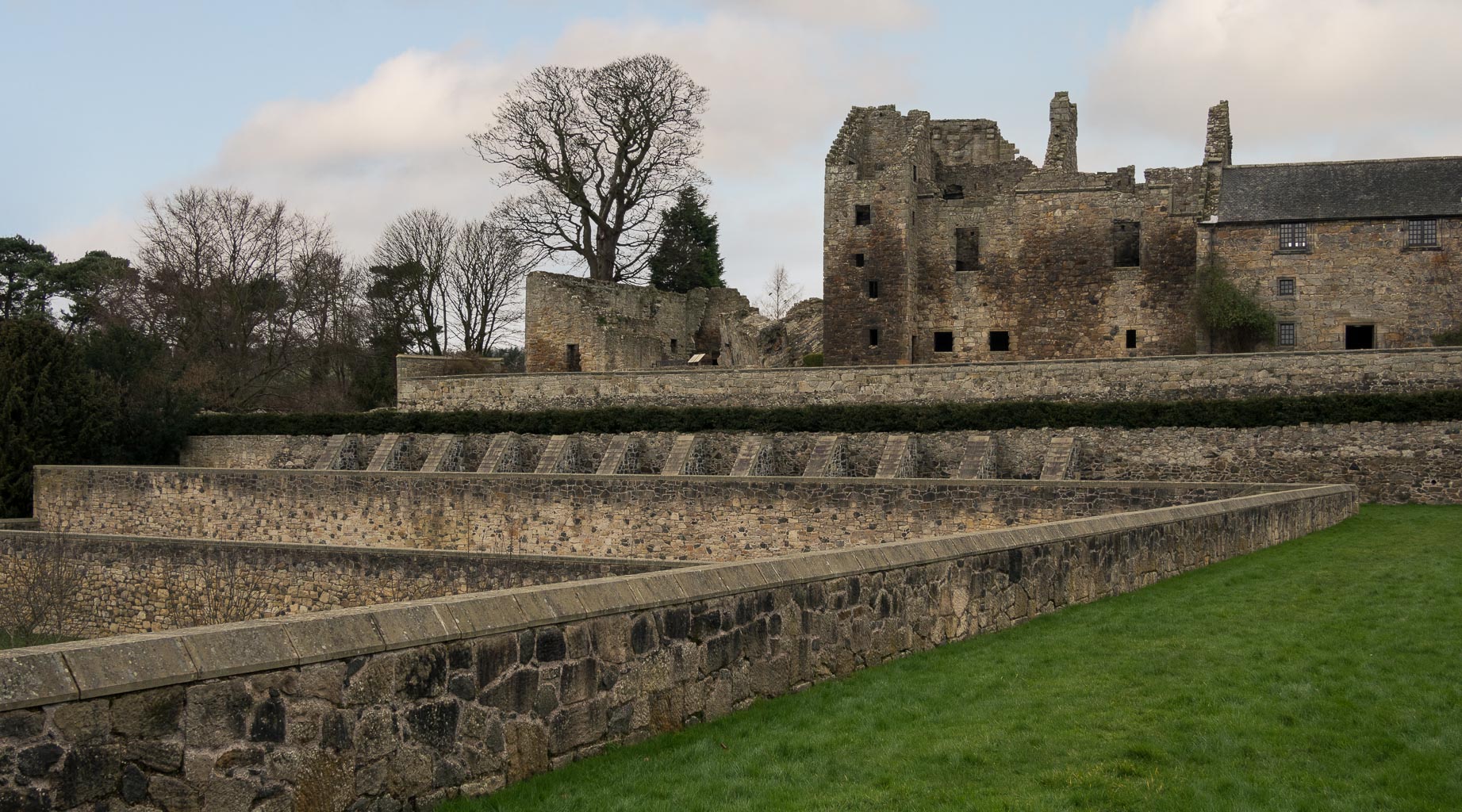 St Bridget's Kirk was used as a holiday retreat for the monks of Inchcolm Abbey set on Inchcolm Island in the middle of the Forth. A fantastic trip to complete the story is to take a boat and explore this historical island. Stories on the island date from Roman times through to the First and Second World Wars where it formed an important role in the coastal defences for Rosyth Naval Base. 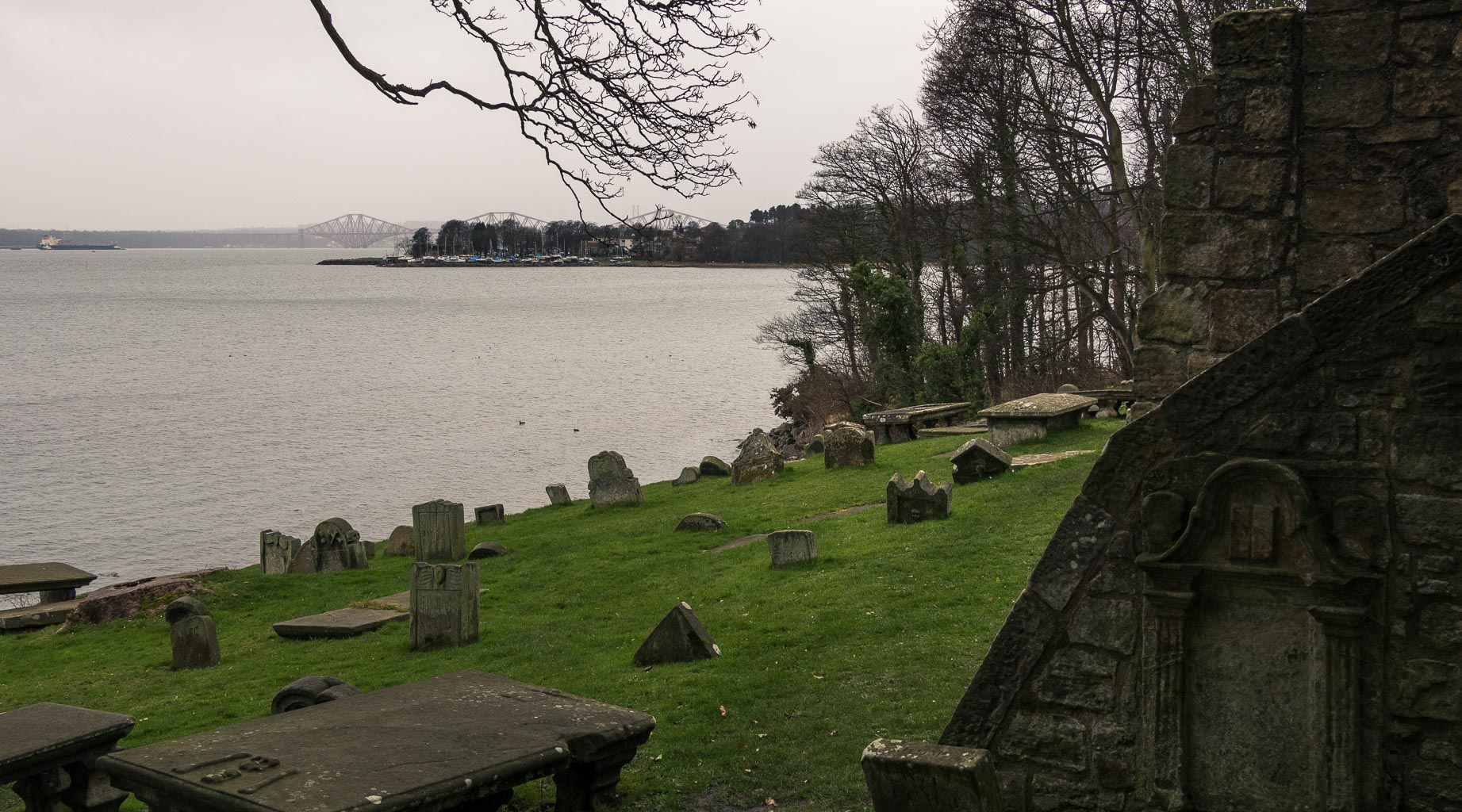 With so much to see it's difficult to know where to start. Edinburgh Castle is the obvious choice, making sure not to miss the Scottish National War Memorial at the very top of Castle Rock. Travel down the length of the The Royal Mile before arriving at The Palace of Holyroodhouse and especially The Queen's Gallery, a charming gallery in the heart of historic Edinburgh. Whilst in this part of town it would be remiss not to visit the Scottish Parliament just across the road from the palace. 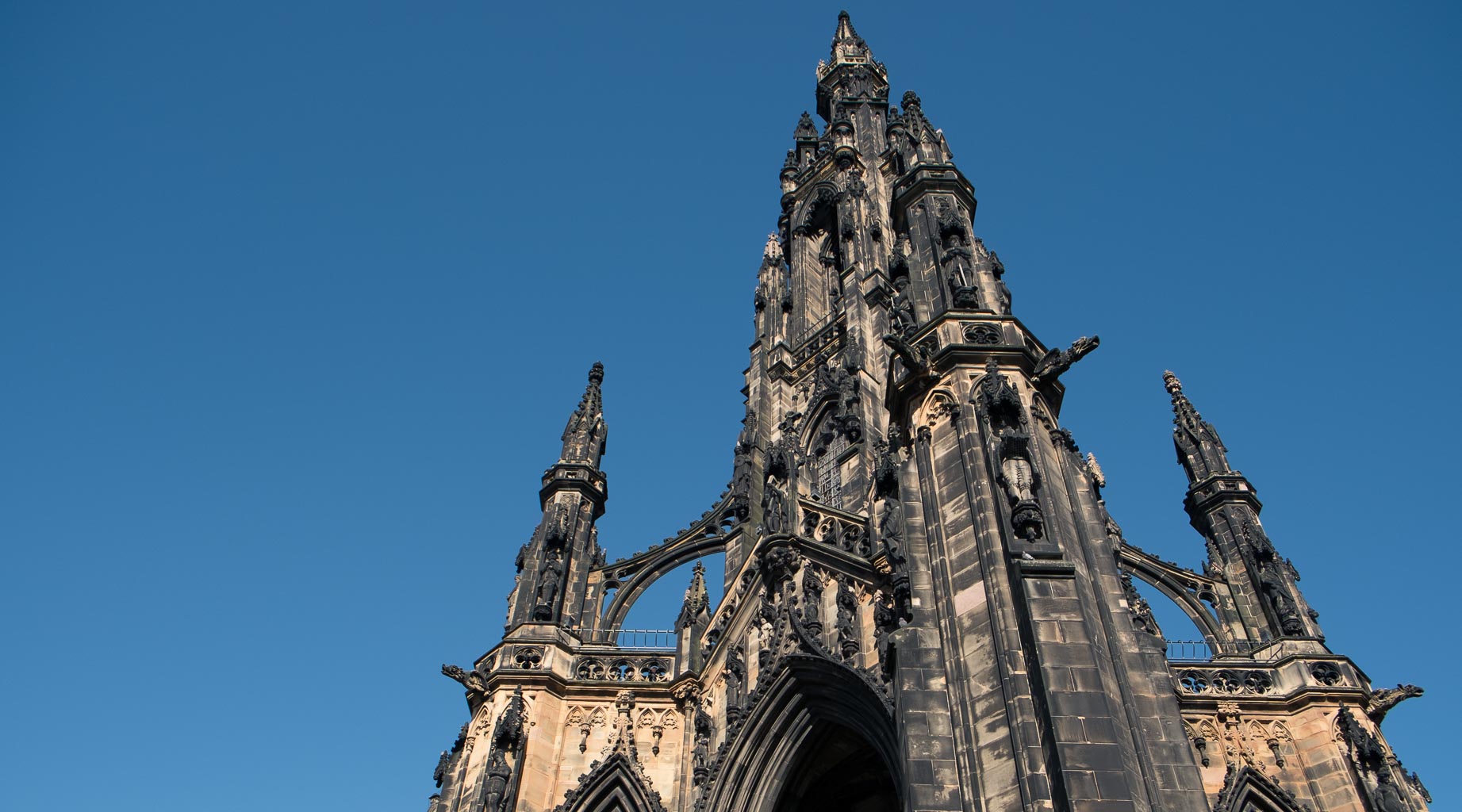 Back in the centre of Edinburgh a fantastic view of both the Old and New towns can be gained by climbing the steps of the Scott Monument on Princes Street. A small museum at the centre of the tower tells the story of Sir Walter Scott himself.

Heading south from Edinburgh and following Mary, Queen of Scots from Linlithgow, head to Craigmillar Castle where Mary spent time around 1566. Further south into the borders, continue to follow the life of Sir Walter Scott with a visit to Smailholm Tower a place he spent much time in his youth and then onwards to Abbotsford the magnificent home that he built next to his beloved River Tweed.

No visit to the Borders would be complete without a visit to the Abbeys: Melrose, Jedburgh and most especially Dryburgh Abbey. It sits in a truly beautiful situation on the banks of the Tweed and is the final resting place of Sir Walter.

For Golfers looking for something a little different we would highly recommend the Leven Links a tough little course but one that offers great rewards. Heading south of Edinburgh golfers should head to the links of North Berwick and especially Dunbar, a fascinating round where you play between the ruins of abandoned houses. 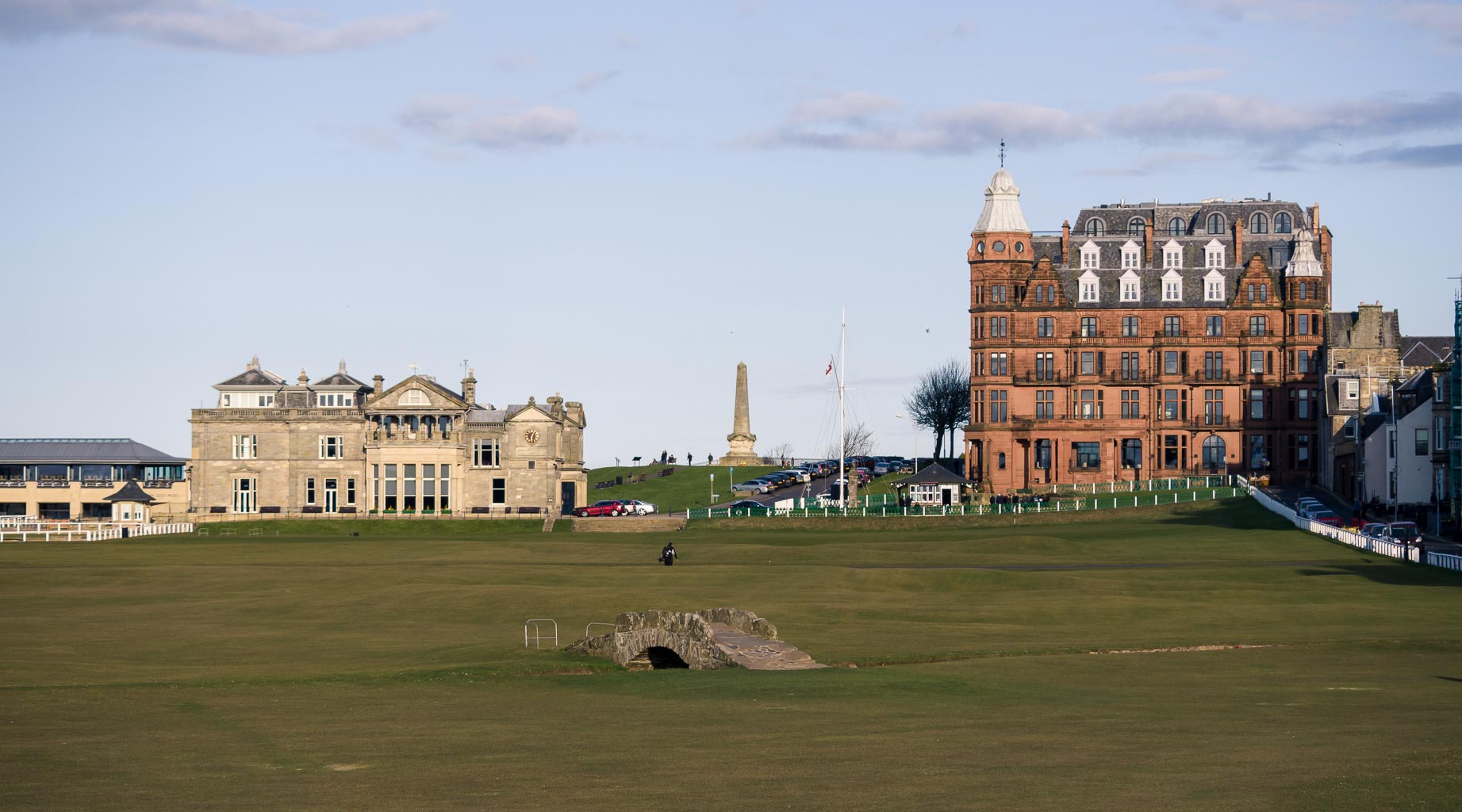 If heading to St Andrews, the "Home of Golf" our choice would be the Castle Course. Whilst in St. Andrews we recommend a visit to St. Andrews Castle. Here you are able to see the result of medieval mining and counter mining for defence. There are few other, if any, places that provide such a graphic demonstration of this type of early warfare.